In Figure 15 (a, b, c,) it is possible to compare the simulation of the response of a fiber-filled TL (without coupling chamber and offset equal to 0) with that of a bass-reflex box (with a quality factor of 5) and an ideal closed box (without losses). All systems have a volume of 4.5 litres; the bass-reflex and TL are tuned to the 87 Hz driver fs. All simulations have been implemented in LTspice. We can immediately note that the roll-off of the TL has a slope between 12 dB/octave typical of the closed cabinet and 24 dB/octave of the bass-reflex. Actually an over-damped TL would have a roll-off very similar to that of a closed box as well as a TL without damping material would have a roll-off very similar to that of a bass-reflex box. On a practical level it is with the latter system that the greatest similarities can be noted and, in fact, both are damped resonant enclosures. In my opinion the main advantage of the TL is that the resonance at the tuning frequency (λ/4) is much more damped than that of a bass-reflex and the contribution of the opening extends over a wider spectrum of frequencies around the resonance. 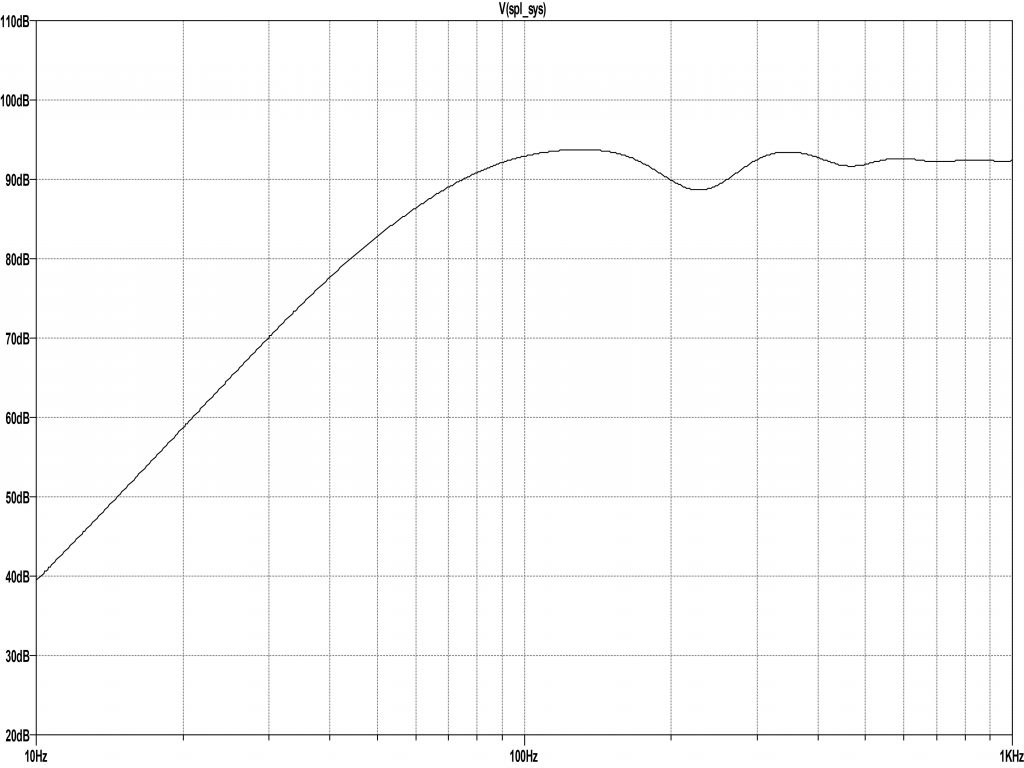 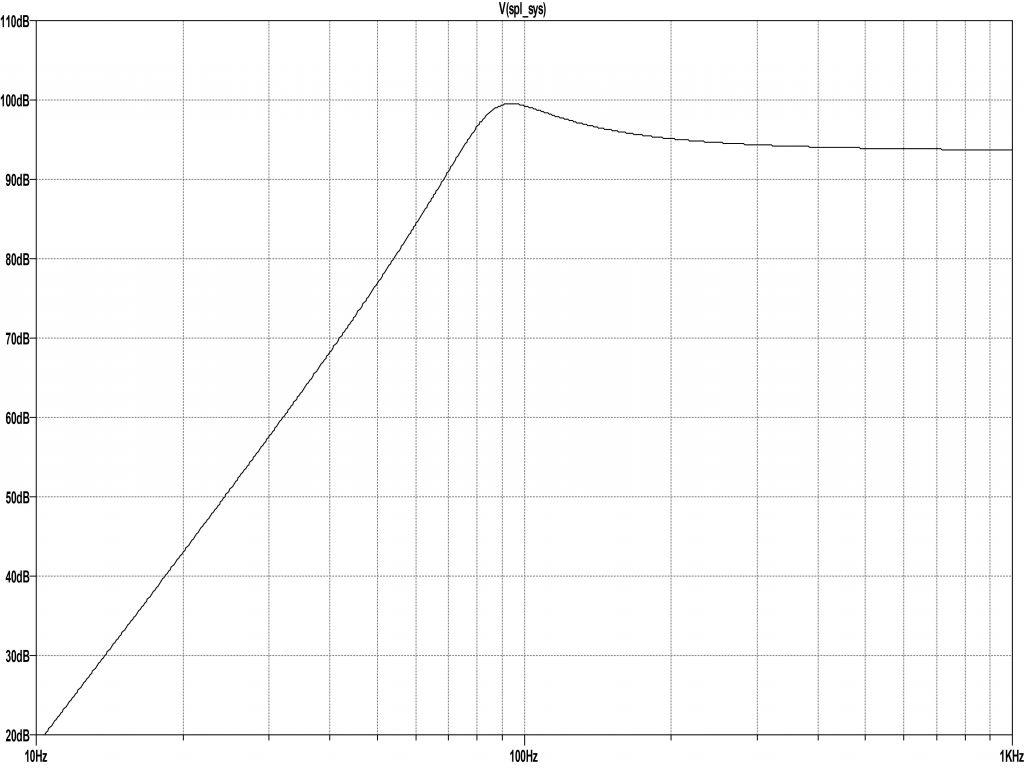 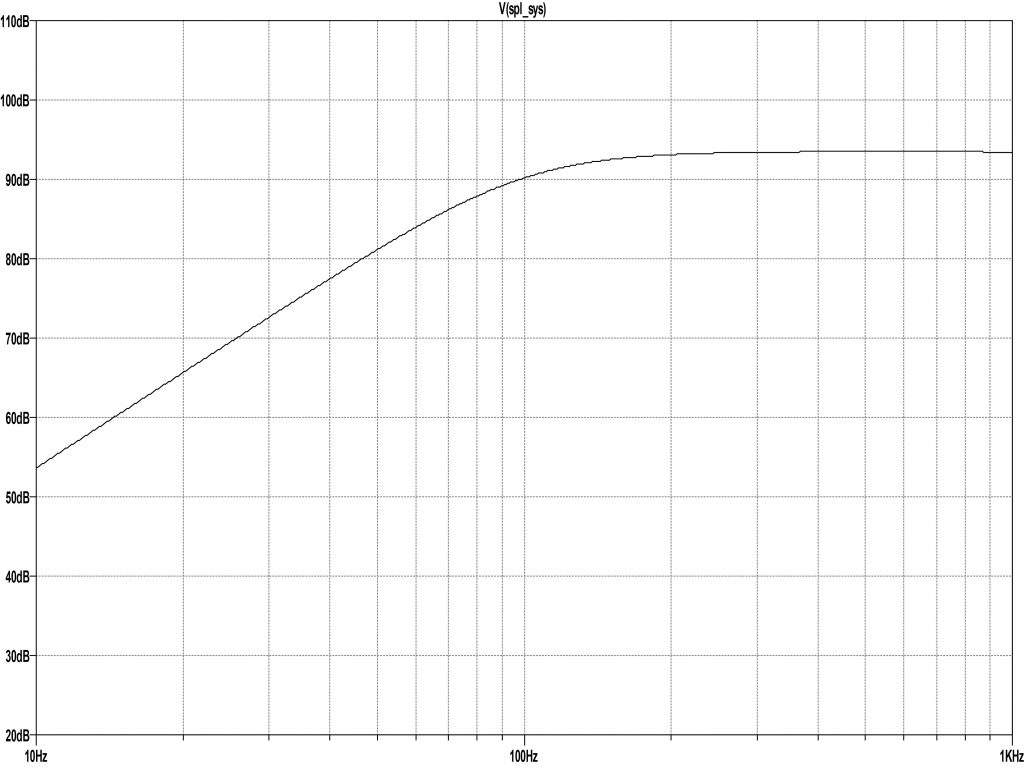 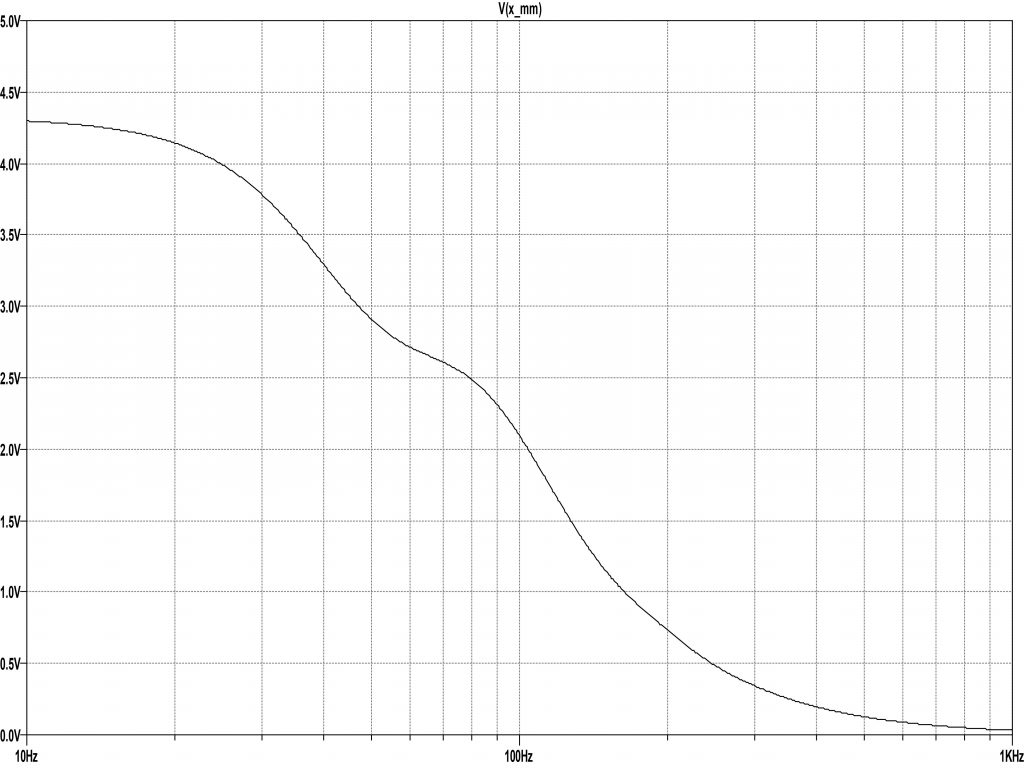 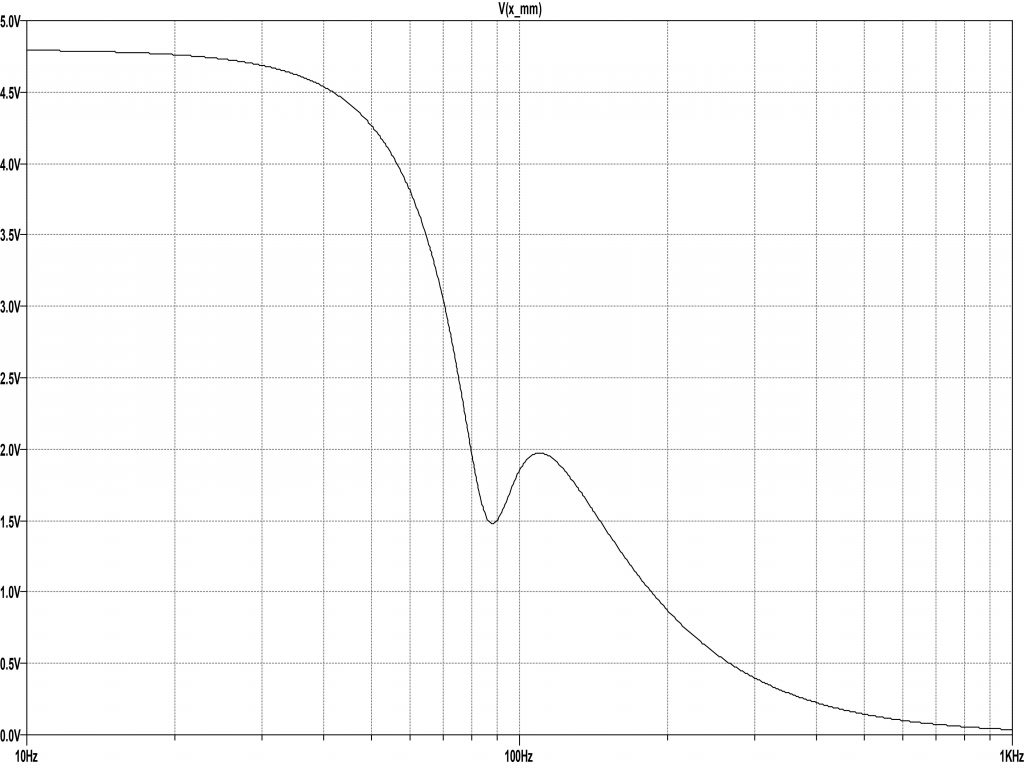 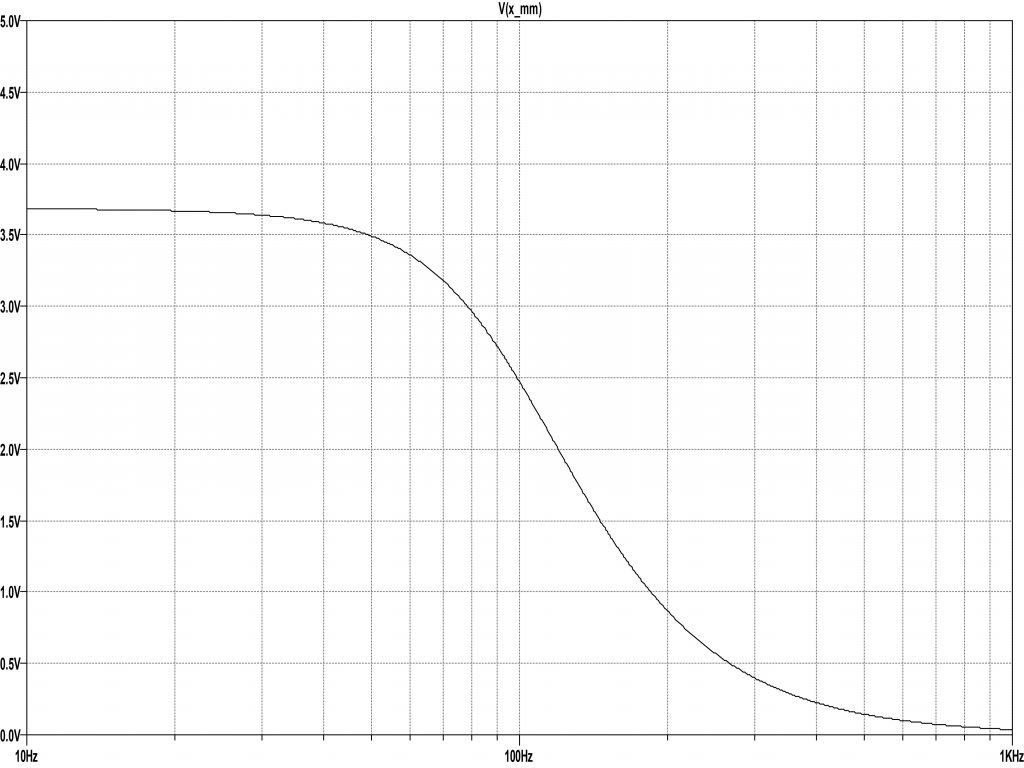 As we can see from Figure 16 this helps to control the excursion of the cone in a greater frequency range than the BR, which, in this respect, operates mainly at the tuning frequency. The two systems are both driven with a 6 volt amplitude sinusoidal sweep, but we note that the BR, while better controlling the cone excursion at the resonance, limiting it to only 1.5 mm, reaches the 4 mm limit excursion of the RS100-4 at 56 Hz against the 25 Hz of the TL. Also note that the transition from flat response curve to steepest slope is much smoother in the TL than in the BR. I think these are the aspects that lead to the typical dry and controlled bass of the transmission lines, without any trace of the pumping that can be perceived by some not too well designed bass-reflex systems.